Do you want to look fancy at a potluck without much effort? Victor TheFrenchGuy™ is bringing you the ultimate solution, NoStress® guaranteed. Everybody loves sausage, and everybody loves croissants, that’s a well-known fact. Make these mini-sausage croissants, aka GoGet’EmDogz, and be the star of the night. The ingredients you need are:
- Dijon mustard,
- Your favorite kind of sausage, but smaller is better (I rarely say this); and as many as you like (for wiever sausages, 1 yields about 4 GoGetEmDogz, so 8 yield about 32,)
- Egg yolks,
- Some Crescent dough (I bought the Pillsbury Grands Big & Buttery Crescents, but it is very buttery and not very crunchy, so you may want to try something else); you need about 2 rolls for 8 sausages,
- Nutmeg powder (optional, but that’s the secret ingredient.)

You also need:
- baking sheets or parchment paper,
- an oven,
- something to cook your sausages (see package,)
- a knife or scissors,
- a brush for food (optional, I didn’t use one.)

To start, get that big cutting board hidden somewhere between the rice cooker and the toaster and cut the roll of Crescent dough in about 4 to 6 parts (depending on how big you want your rolls to be.) I am using only one part in the pictures in this post for clarity.

Then, unwrap the parts to stripes. Easy breezy.

Cook the sausage as instructed on the package. Since you are probably in the kitchen alone at that point, you should cook one sausage and eat it by itself, that way you will know whether the sausages you bought are salty enough or not (don’t worry, I won’t tell your boyfriend/girlfriend.) I boiled my sausage (I mean, the sausage I bought,) but I guess you could grill yours if that’s your thing…

If you boil your sausage, don’t overcook it as it could get deformed.

Cut the sausage so that it matches the size of your sections of dough.

Since I somewhat care about the environment (and your electricity bill,) I waited until this point to tell you to preheat the oven to 350 degrees. Because if I did it in the beginning, you would have called me names (you may do it anyway once you taste the GoGetEmDogz, but at least the planet will thank me.)

Now spread the dijon mustard on each section of the dough; dijon mustard is not that hot once cooked, so don’t be greedy. You should make a sample batch anyway to see if everything tastes okay (and your hungry stomach will thank you.) Now is also the time to add salt if your sausages are not salty enough by themselves (the dough is probably not much saltier.)

So far, you must think you could have gotten the recipe from any cooking magazine you can find at the grocery store. But if you add nutmeg, you will really stand out. And you have to believe me, because I’m French.

On this picture though, I got carried away and put way too much nutmeg powder. But still, believe me. Just put a pinch of nutmeg per GoGetEmDogz is enough.

Then wrap the sausage with the dough, little by little (I am starting to feel uncomfortable writing the word sausage so many times…) You can cut the end of the dough stripes if they seem too long, it really depends on the balance of dough vs. sausage you want to achieve (money or… you get the picture.)

Once it’s done, you should get lovely mini sausages wrapped in dough (uhm.)

Put them on baking sheets and brush them with the beaten egg yolks. If you’re not refined like me and you don’t have a brush, you can just pour the egg yolk mixture onto the rolls and use your fingers to spread it evenly (at this point you’re probably alone in the kitchen anyway, so nobody will know.)

Put the batch in the oven (it should be warm enough by now) and wait about 12 minutes, until the color of your GoGetEmDogz looks about right. In the meantime, please enjoy the pleasant smell that comes out of the oven.

And voilà! A good batch of GoGetEmDogz is ready for consumption! They should be good by themselves, but can also be dipped in dijon mustard or ketchup for extra greatness.

If your GoGetEmDogz turn out to be an epic failure, please do not send me hate mail. Since they look great on the picture above, you probably did something wrong; plus you don’t wanna see a French person get angry, it’s not pretty.

Please comment below if you liked this recipe, and like/share it with your friends! 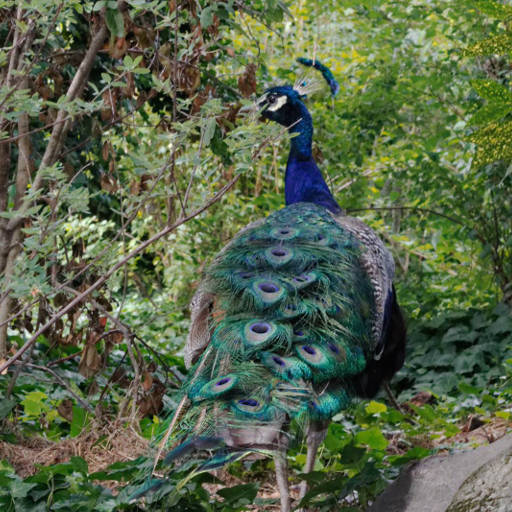